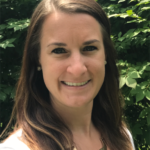 Maureen comes to us with years of experience in temple management. She has previously worked as an Interim Executive Director for both Congregation Mishkan Tefila of Newton and Temple Shir Tikva of Wayland.  Prior to joining our team, Maureen was the Executive Director of Temple Shalom of Newton, where she was able to combine her project management and interpersonal capabilities with her strong aptitude for problem-solving to develop a leadership style that allows her to serve lay leaders and congregants.  Maureen brings her knowledge of temple administration, as well as experience in development and communications. Maureen graduated with a bachelor’s degree in Biomedical Engineering at Drexel University in Philadelphia, PA in 2012.  She was actively involved in community outreach through her sorority’s affiliation with the Special Olympics and the S. June Smith Center. She was also a member of the Biomedical Engineering Student Advisory Board which helped mold and shape the curriculum to further benefit students. Maureen also studied Psychology at the University of Massachusetts Lowell and graduated with second bachelor’s degree in 2014. She continued to challenge herself and completed the Boston University Certificate in Fundraising and is ALICE certified. Maureen and her husband, Robby, enjoy spending time outdoors and traveling. They have two adorable cats, Tuxedo and Bow Tie, and a gorgeous dog, George.

Elissa Oppenheim grew up in Belmont, MA in a Jewish family. She attended religious school and became Bat Mitzvah at Beth El Temple Center. Elissa received a Bachelor of Arts in Spanish and Environmental Studies at the University of Wisconsin – Madison, and her Master of Science in Traditional Chinese Medicine from the American College of Traditional Chinese Medicine in San Francisco, CA. Prior to joining Temple Emanuel Elissa worked as an acupuncturist in a community style clinic. Elissa joined the staff at Temple Emanuel in July of 2021. She is an avid traveler and will go just about anywhere to find natural hot springs. She lives in Tewksbury with her family.

Beth Shiro grew up in Lawrence, Massachusetts, and graduated from Abbot Academy. Her family moved to Andover in 1974 while she was attending Franklin & Marshall College in Lancaster, PA. Beth graduated with a Bachelor of Arts degree in 1976. She spent many vacations working in her parents’ store, Kolsky Jewelry. Beth returned to Andover in 1982 and worked at Arlington Trust Bank for seven years as a Customer Service Representative. She then stayed home with her two daughters, Nicki and Faryn. Beth taught at the Preschool for six years. She is married to Art Shiro, Past President at Temple Emanuel. Beth began working at Temple Emanuel in 1993.

Erik Bentley is a graduate of Bellingham High School and served four years in the United States Navy, completing two tours of duty in the Persian Gulf. Erik has worked at Temple Emanuel since 2017. Prior to joining us at Temple Emanuel, Erik worked in three other school facilities. Erik and his beautiful wife, Krystal, reside in Marlborough with their five wonderful children.