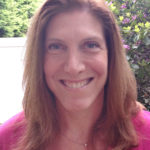 Betsy Kachel is an experienced educator who has taught for over twenty years in public, private and religious schools. Betsy was a grade one religious school teacher for several years before being named the Religious School director in 2015. Simultaneously, she served as a Red Bird preschool teacher until 2019 when she was named Director of Education (K-12), Betsy now oversees both preschool and religious school education programs.  Betsy earned her B.A. in sociology at Muhlenberg College and holds a Master of Education degree from Lesley University. She is currently pursuing a Masters in Jewish Education from Hebrew Union College. Betsy has a long history in the reform movement. She grew up in Needham, Massachusetts where her family continues to be actively involved at Temple Beth Shalom. Betsy’s journey as an educator began as a teen when she worked as a helper for a monthly Holiday Happenings program at TBS. She was an active member of the youth group, where she served on the board and participated in regional NFTY events. Betsy spent twelve summers (as a camper, counselor and ultimately unit head) at Camp Eisner, the Reform Jewish overnight camp in Great Barrington where she met her husband, Eric. The Kachels live in Andover with their three children, all of whom graduated from the Temple Preschool and are happily enrolled in the Religious School at Temple Emanuel. 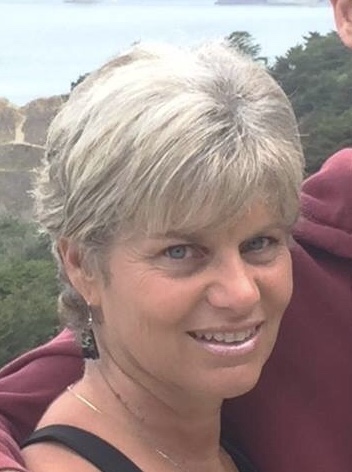 Mary has been an Early Childhood Educator for over 22 years.  She was educated at both Merrimack College with a focus in Sociology and Northern Essex in Early Childhood Development, earning her Director II Certification.  She always knew she would teach children but chose her Specialty after becoming a mother herself.  She began teaching a mixed age group of 3-5 year old preschoolers at the Family Cooperative Preschool, when her youngest child was entering Kindergarten.  From there she went on to teach Toddlers at The Children’s Place at Phillips Academy for 6 years. Mary finally landed at Temple Emanuel Preschool where she has been the Lead Teacher in both Yellowbirds and Redbirds, and started the Chickadee Program for Toddlers 4 years ago.  Mary is excited to be entering into her 15th year at the Temple Preschool!  Music and dance have always been an important part of Mary’s life.  She has been a Zumba and Pound Instructor in the community, teaching both adults and children of all ages for the past 9 years.  Through Zumba, Mary is involved in many fundraising events to help families and children in need, throughout Massachusetts and New Hampshire.  In the classroom, Mary incorporates music and movement throughout the curriculum, and feels that it is the universal language that brings all children together and makes them feel successful.  Mary lives in North Andover.   She is married to her High School sweetheart, Fred and they have 4 grown boys who are the loves of her life.

Judy Matulsky was born in Methuen and grew up in Andover. She and her family were active members of Temple Emanuel. After graduating from Andover High School, Judy attended Mount Ida College and earned a degree in Business. Just prior to coming “home” to Temple Emanuel, Judy worked at the Andover Historical Society as the office manager/bookkeeper. Since 1990, Judy has lived in Andover with her husband, Larry, and their children, Eric and Joshua. She has been very active at Temple Emanuel, including serving as Religious School Committee Co-Chairperson, the Youth Commissioner and as part of the Leadership Training Committee. Judy has worked full-time at the Temple since 2005.

Janice is originally from Somerville and attended schools in North Cambridge and Boston. More than 30 years ago, she and her husband, Rick, moved to Andover.  Prior to working at Temple Emanuel, Janice worked at The Gillette Company in Boston. She took time off to raise her two children, Stephen and Samantha. Janice has been an integral part of both the Preschool and Religious School for the past 20 years.