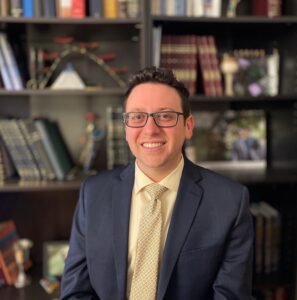 Rabbi Max Chaiken began to serve Temple Emanuel in July 2021. He previously served as the Assistant, and then Associate Rabbi at Congregation Kol Ami in West Hollywood, California. There he founded The Open Yad Project, a community of adults in their 20s & 30s, facilitated weekly and holiday music for worship, and taught a broad range of adult education offerings.

A native of Teaneck, New Jersey, Rabbi Chaiken spent his summers at the URJ Camp Harlam, in Kunkletown, PA. It was at camp that he first fell in love with living his Judaism, and music was his first doorway into that passion. He earned his BA in Economics and Public Policy from Brown University in 2009, and before beginning his rabbinical training, he taught Jewish music, Hebrew, and more in synagogue religious schools and Jewish day schools here in the Boston area.

Rabbi Chaiken was ordained from the Hebrew Union College-Jewish Institute of Religion (HUC-JIR) in Los Angeles, in 2018. While in seminary, in addition to serving at Congregation Kol Ami in West Hollywood, he also worked with Congregation Etz Chaim in Merced, CA, and taught religious school at Temple Isaiah in Los Angeles. His rabbinic thesis, “Telling a New Story: A Model for Economic Ethics in Jewish Law” combined his undergraduate academic interests with his passion for Jewish thought and philosophy.

Rabbi Chaiken is an author and a composer of music, and he has published several articles and songs. His most well-known song, “Eliyahu Hanavi” was published on the Ruach 5771 album by Transcontinental Music Publications. He has authored pieces in several books published by the CCAR (Central Conference of American Rabbis) Press, including Sacred Exchange: Creating a Jewish Money Ethic, and he was the featured author for the Union for Reform Judaism’s Ten Minutes of Torah Commentary on Deuteronomy in the summer and fall of 2020.

Rabbi Chaiken is excited to bring his passions for Hebrew, poetry, storytelling, music, spirituality, and more with him to Temple Emanuel. He believes that Judaism offers tools for making life meaningful, and he is eager to share that message as he leads our community. He is grateful to be making a home in Andover with his husband, Rabbi Danny Shapiro, and their dog, Oogie. 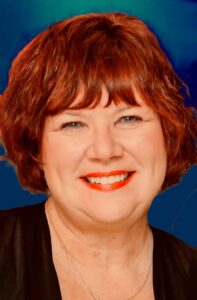 Cantor Rachel Reef-Simpson is honored and privileged to be selected to serve the Temple Emanuel community as our new Cantor. Cantor Rachel has served this year as a part time Cantor at Temple Shalom of Newton while serving as a Chaplain for Constellation Health Services in Maine. A Massachusetts native, Cantor Rachel has served congregations in MA for the past 19 years at Temple Emanuel Sinai in Worcester, Temple Beth David in Westwood and Temple Etz Chaim in Franklin. Cantor Rachel is a graduate of the Cantorial Certification program at the Debbie Friedman School of Sacred Music at Hebrew Union College-Jewish Institute of Religion in New York and also has a Certificate in Cantorial Arts from Hebrew College. Earlier in her professional career, Cantor Rachel was a Boston area singer/actress and musical theatre director. She is the proud mother of two working musician sons on each coast. Cantor Rachel lives in Cape Neddick, Maine with her husband and Oreo, her singing dog. 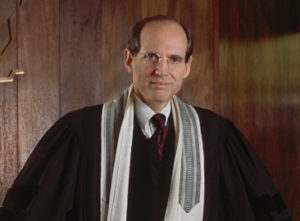 Rabbi Robert S. Goldstein served as the rabbi of Temple Emanuel from July 1990 until his retirement in June of 2021.

At the core of Rabbi Goldstein’s rabbinate is his attempt to help families and individuals find greater understanding and meaning in the milestone rituals of their lives. By making Jewish ritual accessible through creative adult education, he believes that many more people will discover the relevance of the Jewish path of life.

Throughout his ministry rabbinate Rabbi Goldstein has sought to bring creativity and vitality to the communities from within and always to serve the emotional and religious needs of his community. This requires a commitment to work beyond the Jewish community, working with others in the broader community to create coalitions which attempt to resolve some of the expansive challenges which face our society. With representatives of the Christian and Moslem communities he continues to participate in an ongoing direct dialogue. In 2001, he was the recipient of the Tikkun Olam Award, and in June 2003 the Rabbi received an honorary doctorate from Merrimack College. In 2006 Rabbi Goldstein received an honorary doctorate from Hebrew Union College for 25 years of exemplary service as the leader of his community.

Born in Springfield, Massachusetts, Rabbi Goldstein resides in Andover, with his wife Faith, an elementary school teacher. They have three daughters. 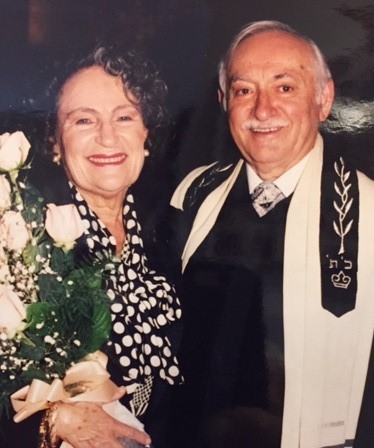 Rabbi Harry A. Roth served as rabbi of Temple Emanuel from June 1962 through his retirement in 1990. He was the driving force behind the congregation’s move from Lawrence to Andover. He made interfaith initiatives a priority, originating the Catholic-Jewish Dialogue of the Merrimack Valley and taking a dozen ministers to see the newly established State of Israel. He also traveled the Soviet Union to provide aid to Soviet Jews known as Refuseniks, at one point getting arrested by KGB agents.

His loving wife Lillian, of blessed memory, ran the temple gift shop. She was by his side for 71 years.

Rabbi Roth was born in 1924 in a village along the Romania-Hungary border, and he came to the United States in 1929. He served in the Army Signal Corps during World War II, spending time in Germany and Japan. He later enrolled at Hebrew Union College – Jewish Institute of Religion in Cincinnati. He was ordained in 1958.